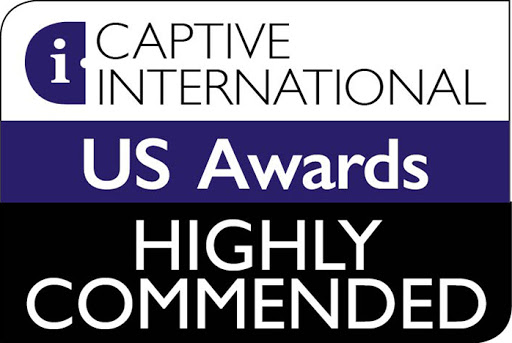 MONTGOMERY, AL –Arsenal and many of its senior staff members were highly commended by Captive International, a well-known media outlet in the global captive insurance market. The company was recognized as a top captive management firm in the U.S. and had two senior staff members, including its COO Justin Law, receive praise for their efforts and impact on the industry.

Arsenal was recognized for its numerous milestones so far this year. This year, the company has increased many of its internal elements, including its broker network, clientele, and benefit coverage in Arsenal’s captive health programs. Internally, Arsenal’s staff grew by an impressive 150% to best meet the needs of their clients and ensure that detailed, attentive service is provided. Additionally, Arsenal has expanded its geographic footprint by opening new offices in Vermont and Cayman with a new office in Bermuda via strategic partnership on the horizon.

Justin Law, COO of Arsenal, has made a significant impact on the company as well as the U.S. captive industry. He has taken the lead on Arsenal’s expansion of its geographic footprint during the past year by assisting with the two new international office locations and the future Bermuda partnership. Justin was a critical component in the Alabama Captive Insurance Association’s (ACIA) legislative initiatives for 2020 where he co-authored an update to the Alabama Captive Insurers Act (expected to be effective Spring 2021) with Arsenal’s CEO, Norman Chandler. Finally, Justin serves as Managing Director of the ACIA’s new risk management internship program, Risky Business. Justin was critical in forging partnerships with the ACIA, its members and the Sorrell College of Business at Troy University as well as other Alabama colleges and universities to provide a unique internship experience for students.

Iron Reinsurance Company, an Arsenal managed captive, also received recognition as the top Fronting Partner and Reinsurance Firm in the US in this year’s awards.

Arsenal, a nationally recognized leader in the captive industry, provides unique insurance and business solutions in the alternative risk sector not available through traditional risk management mechanisms.  With physical locations in Alabama, Florida, Tennessee, Texas, Vermont, and a strategic partnership in the Cayman Islands; Arsenal is one of the few independent captive managers that provides services in the top captive domiciles.